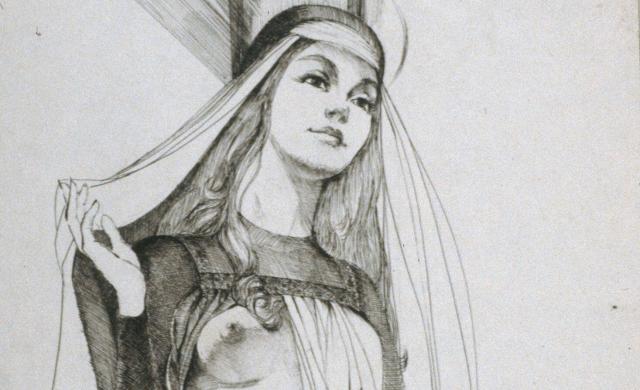 I’ve been struggling with my sexual orientation for a couple of years and am wondering, if you, knowledgeable and esteemed lady :-), might have a word or two of advice, as I don’t seem to be able to get anywhere on my own.

When I was little I had crushes on both boys and girls and was absolutely oblivious to it being out of the norm. When I was 11 I got a crush on another gal and that’s when it all started to enter my consciousness. I shortly after started identifying as a lesbian and until I was about 17 (I’m 20), thinking there was no other option for many years as I’ve never even heard of bisexuality. I had built a solid lesbian identity, then it started to dawn on me I might not exclusively be into women and I’ve gradually and very reluctantly let myself explore whatever the hell it was that I was feeling for men.

My identity has ever since been in limbo; when somebody asks me I just say I guess I’m bi but I prefer women. Well, that’s on my good days and I’m not having a good day today when it comes to this. I’ve again been going through a time of almost non-existent sexual attraction to men that makes me wonder whether I might really be simply gay (interestingly, these times always coincide with a generally lower libido).

My attractions to men always wax and wane and I’ve never felt anything beyond physical and sexual attraction. And because of my gender (I ID genderqueer) I’m not even sure whether that attraction might not have something to do with me wanting to be like them instead of wanting to do them. I feel little to no fondness even for the men I am attracted to and in comparison to what I feel for women it all seems awfully bleak much of the time. I know sexuality can be pretty changeable and is everything but simple, but I don’t even know what to think anymore, much less what I could identify as (I’m really not one of those types who don’t feel the need to identify as something). Not to mention I’m still mourning my good old, simple lesbian identity.

I’m really at a complete loss with this and any advice would be appreciated.

As a child, I too had crushes on both boys and girls and was absolutely oblivious to it being out of the ordinary. Today I believe that was a healthy attitude until I got programmed to choose one or the other. I long for the day we can all just be "sexual,"and drop the labels. We could try everything that interests us. Or not.

What you describe is very much what I went through. But in the late sixties, sexual expression was fluid with group sex allowing us enormous freedom to experiment safely. (There's safety in numbers). I was able to explore sex with women without making a big deal commitment. By the the time feminism landed with both feet in work boots in NYC, it became mandatory as a lesbian to devote my life to one woman forever more. That's when sexual identity became a BIG issue. We had political lesbians who were not even having sex with women! Using the term "bisexual" back then simply meant I hadn't yet made up my mind. By the time my book "Liberating Masturbation" came out in '73, I publicly stated in print that I was a "heterosexual-bisexual-lesbian" and that seemed to end any further discussion. Most likely because it was too confusing.

Today sexual identity has become a Hot Topic even more so than in the past. Thanks to Reagan's conservative presidency, AIDS and the rise of Christian Fundamentalism, America returned to the dark ages and we are still bailing ourselves out from that time. There are positive signs like when I heard about LUGS: lesbians until graduation. Or terms like heteroflexible or homoflexible coming into use. We now have gay marriage and gays in the military are out. My take on human sexuality is that it can be entirely fluid and change throughout our lives. If a person is lucky, they will get to do it all in one lifetime. So either embracing a multiple sex label that doesn't nail you down. Your Gender/Queer label goes beyond a fixed identity. To me Queer just means you're more interesting than being fixed gay or straight and that includes fantasy, kink, SM and role playing.

I'll throw a party for all of Austria when the day we can all just call ourselves "sexual" has arrived. If I'll get to see that day in my lifetime.

I think identity politics is precisely what's making it so hard for me. I used to be very involved in so-called lesbian politics (with a nice shot of monosexism and what I call lesbian supremacism) for much of my teens and I guess that definitely left some marks on me. It's completely irrational, but there's a part of me that keeps tenaciously resisting my attractions to men. Courtesy of the subconscious baggage I gathered over the years and was never even aware of until not so long ago. And I'm not quite sure about how I could handle it to get rid of it.

Lesbian separatism or supremacist attitudes is one of the many reasons feminism got derailed. It mirrors the problems of only honoring heterosexual unions. Your awareness of this is your first step in healing politically correct identity politics. What a load of crap! I do believe you will live to see this your lifetime thanks to the Internet.