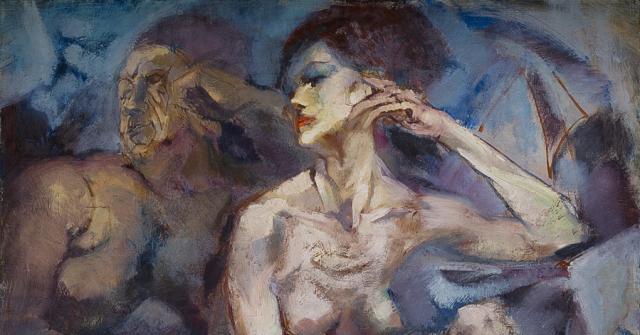 Is It Ethical to Have Sex for $ with Someone Cheating on a Partner?

I appreciate your frank and honest approach to sexuality, Betty, and the way you and your team are focused on empowering women. Thank you for that. I've been wanting to ask a true feminist this question for some time: Is it ethical for a person to have sex for money with someone they know is cheating on a partner?

I get that the "cheating" part is mostly the fault of the person soliciting (usually male). However, one of the reasons sex work is frowned upon is because of this fact. Most women who are not sex workers tend to be very judgmental about prostitutes, which I think stems from this reality.

And I've noticed that female sex workers tend to have a very curt attitude themselves, that they are not complicit. That the wives and partners of these men are "not providing what they should". It's so regressive! And yes, I have had a personal experience involving this and it's been very upsetting.

Women tend to avoid intimacy with partners who have hurt them, threatened to leave, and/or have been emotionally absent, dismissive, neglectful, or abusive. Then these men go to prostitutes and claim that their partners are frigid or they are in a "sexless marriage" - yet there is no focus on why that may be? That perhaps this man has been the main cause of his own dry spell.

These prostitutes create GFE, PSE or other fantasy experiences, faking along for the money, as these men avoid dealing with the problems in their relationships (and continue being inadequate sexually, since their poor bedroom skills are lauded by the prostitute's theatrics).
It seems to me that prostitutes exacerbate the idea that men have to cheat b/c of their libidos (as though women have no sex drive) and even encourage trafficking and rape culture and male-oriented sexuality, where women are objects to be used, directed, and even humiliated.

I guess I'm really asking for your opinion on prostitution. I'm sex positive, I just think there's a huge difference between legal, regulated sex work and devious, black market exploitation (of both sexes).

The man who started the Ashley Madison site said that married men cheat mostly during and after the birth of their children. Isn't that incredible? A woman is willing to go through the intensity of pregnancy, birth, nursing, and caring for his child - but if he can't get laid when he expect to be, then boom - time to cheat or hire a prostitute! Think of the physical endurance, devotion, literal labor and physical transformations a woman goes through for their child (I'm sure Carlin can confirm this) - but the inconvenience of having to masturbate in place of intercourse for any length of time is unfathomable to so many men.

If prostitutes refused to participate in cheating - when they are aware it's happening - and were willing to quit faking, being humiliated, work legally (becoming educated, getting certified, being subject to regulations, and paying taxes) wouldn't that help legitimize their profession?

What a wonderful and demanding request. I have a chapter in my memoir Sex by Design (available on Amazon) titled "Heat Orgasms: A Post Menopausal Prostitute." It describes my first professional "trick" with a girlfriend on a "double' right after I'd just turned 50. At the time I thought, "What a great way to celebrate my birthday!" During that year, I also joined another girlfriend in San Francisco for several more doubles.

So speaking from experience, I can't say how much I enjoyed being paid to have sex with men as a professional sex worker. During that time, I was also paid to run my Bodysex workshops for women, so I was already a sex professional. But since I worked with women who provided their own sexual stimulation, none of my prostitute friends considered me a "sex worker." Yet I knew I was!

As for your query about "cheating" which causes girlfriends and wives to hate prostitutes, thanks to Margo St James, who set about organizing working girls in SF in the seventies, her following statement made a lot of sense to me. "The main difference between a prostitute and a wife is the prostitute rents her body by the hour while the wife sells hers permanently."

There are many more reasons why marital sex rarely lasts a lifetime. Humans are not wired to only have sex with one other person for a lifetime. So the first BIG problem with cheating in my mind would be caused by the institution of marriage that demands monogamy. That's primarily a religious construct and you can be assured most of us are sinners. So guilt is a powerful way to control a large population.

The next big problem is the lack of a decent sex education for girls and boys. We are still using the “Male Model of Sexual Response” which is an erect penis thrusting inside a vagina. While this is the procreative model, it doesn’t end in orgasm for most women. In fact very few women will ever orgasm from fucking only! Yet today online porn shows women faking big screaming orgasms from being pounded by a large erect penis fueled by the drug Viagra. Once men’s sexual fantasies become our sex education, we end up with pre-orgasmic women who’ve been conditioned to please men by sacrificing our sexual pleasure.

Women’s financial dependence keeps this unfair system in place and is the big reason for withholding our demand of equal pay for equal work. Still, mankind is slowly loosing control which is evident as more women than men are graduating with degrees in the hard sciences. The social changes coming up beyond climate change and announcing the presence of aliens will be establishing pleasure equality between the sexes. This might be the biggest change of all and by far the best.