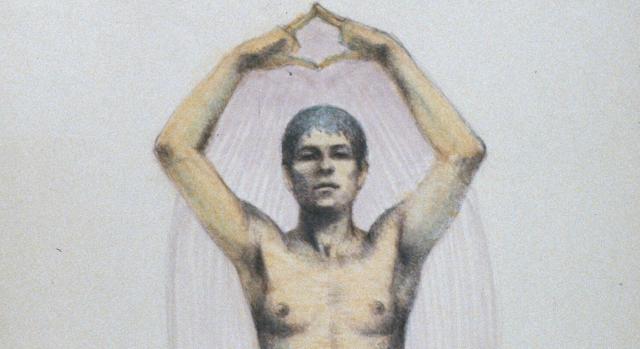 Can I Get Herpes From a Cold Sore? It's E. I am 16 years old and my boyfriend and I have been dating for almost two years now. About a year into our relationship we became sexually active. Exploring different things together and being open with each other. However; last night he gave me oral sex and afterwards I noticed something in his mouth.

He said it was a cold sore but it was on the inside of his mouth and appeared to be more of a canker sore. He still has braces too which could've caused that. LOL. I have been sooo worried though. I had an anxiety attack last night and keep thinking that if it is herpes, I have it and it's going to be so painful my whole life..... I'm so scared and upset. Any thoughts on if it was a cold sore or not?

Many sexually active people have Herpes and in my mind, it's not a serious health risk as other sexually transmitted diseases like Gonorrhea or Syphilis or the other newer ones that I'm not even going to look up. At one point, the entire population will have it and so what? At the worst, Herpes is just a mild inconvenience from my POV. But it sure keeps a lot of people scared of sex. Just what the government wants.

You have a functioning immune system and besides, I've never heard of a Herpes sore inside someone's mouth. I think your boyfriend is correct in that it's not Herpes which usually shows up on the outside of a mouth like the dreaded cold sore. I was plagued with cold sores throughout my youth and they aren't the same as genital herpes that is a different variety. Google Herpes and exhaust yourself with information.

I have lived an active and conscious sex life since the 70's when I had my first outbreak of Herpes. It just means that when I have an active sore, I avoid partnersex until the sore is past the blistering phase. Naturally Big Pharma would like me to spend $300 on a jug of pills that are supposed to protect us from Herpes. Don't fall for that crap. I lived 10 years with a man and he never contacted Herpes from me. So being conscious and aware is your best protection. Now relax and don't buy into the dis-ease fear that so many of us have which is just a way to further control us. Take care of yourself and your health and continue to enjoy masturbation and orgasms.