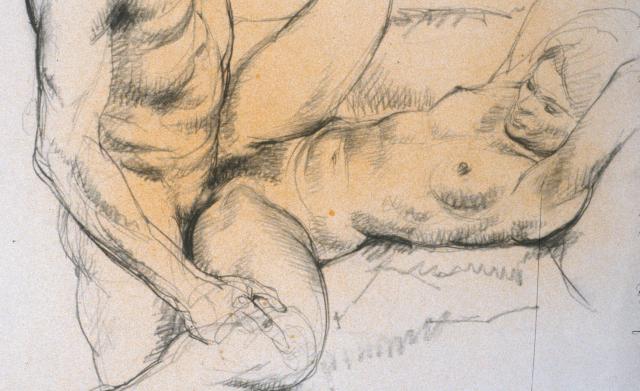 I'm a sexual health educator in Victoria Canada very interested in getting your professional opinion on the concept of the "Cervical Orgasms." I've had questions from men about this and some women seem to think they are happening. I know they play a part in orgasm but can we create a 'cervical orgasm' catergory? I've read of them with regards to Taoist ideology and sexual/spiritual practice but never anything outside of that. Any help here would be amazing so I can better support the people I come across that need this information.

All my best!
K

I'm the clitoral centric sexologist! And I often speak from my own personal experience as you probably know. For beginners, I believe all the information available about G spots should come later on in a girls sexual development. We now have added A spots (same as G only further back) P spots for the perineal sponge and finally D spots which is the deep spot that will relate to so called "Uterine or cervical orgasms." But all of this smacks of new names for the old "vaginal orgasm," America's fixation for partner sex.

In my humble opinion, young women need to start with clitoral orgasms during childhood masturbation. Then gradually as her sex life advances to experiment with the other styles. The number one fixation for society has been and continues to be vaginal orgasm. Unfortunately this type of orgasm is difficult for most of us to achieve. So much depends upon the woman's partner in terms of size of his penis (yes, size matters) his ability to sustain an erection and skill in how he uses it. Then you have to throw in a big dose of romantic love that we all know has a very short shelf-life.

Following is an excerpt from an essay I'm working on.

The Meltdown Orgasm: (Or uterine orgasm). This type of orgasm requires deep vaginal penetration with clitoral stimulation preferably under the woman’s control. The Meltdown has happened a few times in my past but I could never repeat it on demand. During my last romantic affair with a young man who had marvelous come control, I was in the side position with one leg up holding a vibrator on my clitoris. He entered my vagina and glided back and forth with slow measured movements. It felt as though the soft spongy tip of his penis was either gently pressing against the tip of my uterus or moving past the mouth of my uterus with his slow deep penetration. With each deep thrust of his penis, it felt as though my orgasm was building of its own accord and my body would be overtaken by an orgasmic wave. The orgasm was very full and satisfying, but then, I’ve never had an orgasm I didn’t like. Some are different than others.

Right after I experienced the Meltdown Orgasm I couldn’t wait to do it again. The next time we had sex; those sensations were nowhere to be found and I knew why. My mind was causing interference by looking for signs of “impending ecstasy.” Similar to wanting Simultaneous Orgasm or the big O— it’s very nice when it happens, but if I look for it, expect it, or try to achieve it, I’ve lost it altogether. I cannot command my body to go into orgasmic ecstasy. Instead I must trust my body and let my senses dominate. The minute I think I’m taking too long, or think he’s getting close to coming, or wondering if I’m about to catch that orgasmic wave, I’m outside my body looking in. This never works because I need to be inside my body focused on pleasurable sensations.

As I thought more about this later on, I realized that during a high state of sexual arousal, the uterus lifts and creates more vaginal space that I call a “Cull Du Sac.” In technical jargon the uterus lifting is referred to as “ballooning.” When a man plunges his erect penis in deep too soon, it hurts because it bangs into the Oz or the mouth of the uterus. Visualize a pear for the uterus and at the narrow end of the neck is the Oz which looks exactly like the tip of a penis. Some women like gentle pressure against the tip. To me it felt was as though his penis was gliding back and forth underneath the neck of my uterus as he pressed deeper into this new available space— an exquisite sensation. This is also known as a uterine orgasm or the “D spot” that stands for deep spot.

As the alphabet invades our vagina's with all of these spots, it becomes confusing for young people who are new to having sex with another person especially since they have received no sex education. Many have been raised with the abstinence until marriage model that we know does not work. All boys will naturally touch their penises to urinate and between ten to early teens, many will have ejaculated. However, girls are told not to touch themselves “down there” and girls often want to be “good” and mind their parents. Later on, the sex that is depicted in movies and porn is the procreative kind with a penis penetrating a vagina. This invariably leaves out a girl’s clitoris which is the most direct route to sexual arousal and orgasm long before the have any experience with vaginal sensations from fast coming boys who have no sexual skills.

We really know so little about women’s sexual anatomy and our orgasmic responses. However I do know one thing for certain: A woman’s ability to be orgasmic as an adult begins with childhood masturbation. After forty-some years of teaching women how to enjoy orgasms, all of my pre-orgasmic women never masturbated as a child. Once a child’s natural curiosity to explore her genitals is inhibited or shamed, she will struggle for years to overcome these inhibitions that result in difficulties achieving orgasm alone or with future partners. Society’s focus on using sex to sell everything from cars to food and fashion, followed by denying our children adequate sex information and education is indeed cruel and inhuman. These pre-orgasmic women blame themselves and feel inadequate so it is indeed the best way to domesticate and control us. I believe the expression is “Keep her bare foot and pregnant in the kitchen.”

PS If you Google cervical or uterine orgasms a load of info comes up.