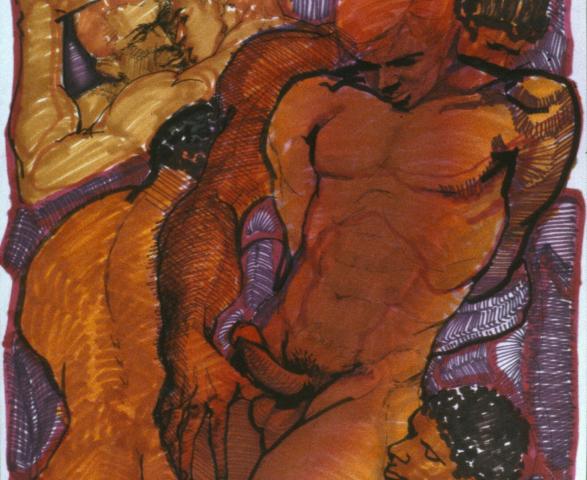 All of a Sudden I'm Attracted to Men

I'm a happily married 67 year old guy with 3 children and 6 grandchildren and I'd appreciate your take on a couple of things that are concerning me. I'm hoping you can put my mind at rest.

I've never thought too deeply about it but I guess I've always considered myself to be heterosexual. Recently though I've begun to question myself about my sexual orientation. When I was a teenager I had quite a few male friends with whom I regularly indulged in mutual masturbation sessions and enjoyed occasional oral sex. There's no doubt I really enjoyed those experiences and never felt guilty or questioned myself about enjoying it. During those years I also had quite a number of girlfriends and didn't think for a moment that it was strange or wrong to enjoy a sexual relationship with both sexes simultaneously.

The fact is I'm confused by my feelings because on the one hand it seems perfectly natural to want this while on the other it seems quite bizarre. If the common definition of 'bisexual' is someone attracted to both sexes simultaneously, I definitely don't think I fit that mold. To me, I think it's just the thought of the raw sex itself. The excitement of giving and receiving pleasure with another male.

My wife isn't aware of my feelings and I certainly wouldn't want to hurt her but I really do have this yearning to be with another guy. Is this a natural thing or should I just put it away as a fantasy that should never be fulfilled?

I encourage you to find a JO (jackoff) buddy for harmless, safe sexual fun! Since you're in your 60's chances are your wife is no longer that interested in the old in and out of straight sex.