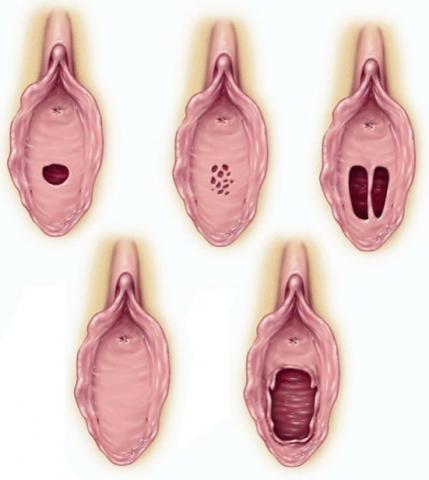 I never had a hymen...Betty never had a hymen.  When I shared with my mother that hymens thin out and break apart with the release of estrogen during puberty, she was relieved.  She was a virgin when she got married and always wondered why she didn't bleed after her first intercourse.  Her exact words, "why didn't someone tell me this in school?" - I resisted the impulse to rub her nose in her abstinence-only sex ed belief system.

The hymen is what I call a sex "unicorn" - things that don't really exist but are idealized by the culture (like simultaneous orgasms - yes they happen but they're rare).  However, the hymen is much more lethal.  It's used to instill fear and shame on women in an effort to control their wombs.  I thought I'd set the record straight on all fronts.  Note: all science is based on generalities - when it comes to mother nature there is a range of results and every person is biologically unique.

The majority of women are born with hymens - it's rare but some women are born without one.  This thin membrane is located at the vaginal opening.  Some hymens completely cover the opening..some look like swiss cheese...some look like fringe along the edges...some are barely visible (like this image of unbroken hymens).  Once a young girl hits puberty, her body starts to release estrogen which thins out the hymen to accommodate menstruation. 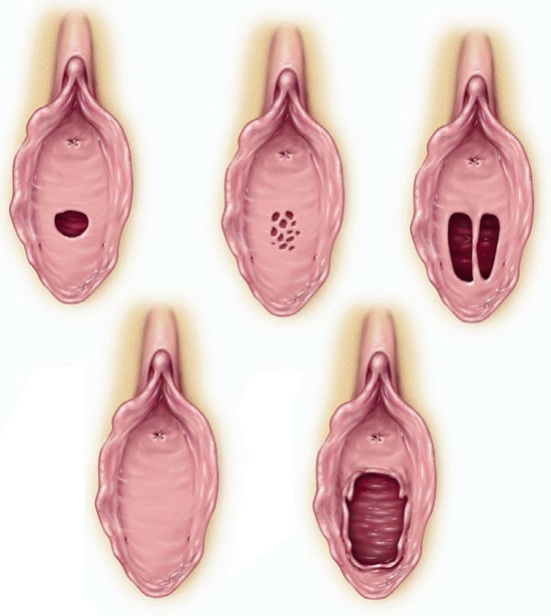 Most often it breaks open with a smidge of membrane left behind at the base of the vaginal opening.  It can break open during penetration or riding your bike.  Just because you don't have a hymen doesn't mean you've had intercourse.  Finally, in rare circumstances the hymen doesn't thin out and must be opened surgically.  It is possible that you could be penetrated vaginally and still have a hymen because your hymen didn't completely cover your vaginal opening and it stretched to accommodate a penis.  However, this is extremely RARE.

During genital show & tell in the Bodysex groups, Betty and I often see small hymenal tags along the sides of the vaginal opening.  They look like a sweet little pink scalloped edge.  I don't have them and most of the vulva we see don't either.  However, we do see them.

The whole point here is that many women bleed during their first intercourse due to lack of sexual arousal and tearing of the vaginal lining (most men are a bit rough and don't use lubricant).  I guess I resent the hymen because it's another example of the sexual double standard.  Every woman should be penetrating their vagina themselves to claim their bodies as their own.  The whole concept of bloodly sheets on your wedding night makes me sick.  The idea of women reattaching their hymens to relive the night they popped their cherry is ridiculous.