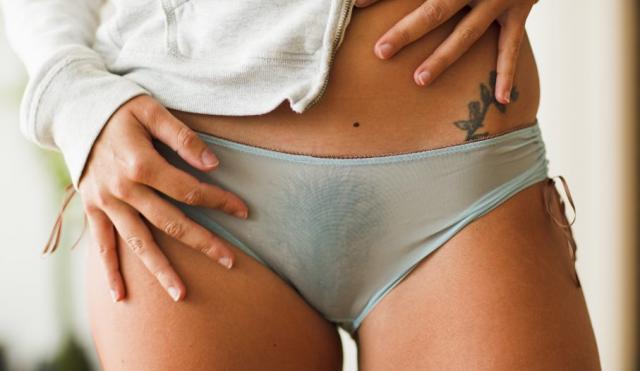 I've been on almost every form of contraception out there. And I've learned through trial and error (I terminated three pregnancies - no regrets).

I started off using condoms. It was the only birth control I knew about because I was taught at home. And this was pre-cell phone pre-internet days. There was simply no place for me to go and find out about my options. One night my boyfriend (who subsequently became my husband - now ex-husband) pulled off the condom and came inside me. It was the last day of my period and he figured I wasn't fertile. At that point in my life, I couldn't talk about sex period no less define a boundary in the bedroom. Suffice it to say he was way wrong. After my abortion, I decided that I was never going to rely on any man for birth control.

All young women should know that in your teens and twenties you're opportunistic ovulators. When you have sex, you'll ovulate - it doesn't matter where you are in your cycle. There are no "safe" days to have sex. You can never use the rhythm method, let him come inside you, or pull out. All forms of natural birth control are off the table. It's nature's way of insuring the perpetuation of the species. If you cut corners, you will get pregnant.

After my first abortion, I got fitted for a diaphragm. You definitely have to be comfortable putting your fingers in your vagina and preparing for sex (when in doubt pop your diaphragm in pre-date. You can always take it out when you get home). All I knew was that I didn't want to go on the pill like all of my girlfriends. You can chalk that up to vanity. I didn't want to gain weight.

The diaphragm was great but I was still living at home and it was hard to keep it hidden from my mom. One day I left it in the shower. My brother found it and all hell broke loose. It was the first time I was called a "slut". That really burned - I decided that it was time for the pill. This moment marked the beginning of the end of my relationship with my family. For me, the pill was my liberator...the symbol that I was a single woman ready to take on the world. I was going to be a proud slut.

I didn't gain weight on the pill. The great part was that it regulated my periods. I knew the exact moment I was going to start bleeding and when it would end. I loved that. I didn't have to play the am-I-pregnant guessing game anymore. And I could have marathon sex sessions without worrying that my diapragm was in too long. Looking back on it, I think I got off being in control of my hormones. I wasn't at the mercy of my body anymore.

I got pregnant two more times. The second time was right after law school when I separated from my husband. All my girlfriends thought I was on the pill too long and none of them could get pregnant after they got married. It was a false sense of security. As soon as I went off the pill and started a hot love affair with a married man, I was pregnant. We were using the pull out method. That man never came inside me but it didn't matter. Our bodies took over and every time he came near me my ovaries tingled.

If you have a perfect procreating mate in life he was mine. I went right back on the pill...went off one more time...got pregnant again (with the same guy)...and went straight back on the pill for another 7 years.  [Note: my last two abortions were non-surgical.  I simply went to the clinic, took a pill, inserted two pills into my vagina the next day, and bled like crazy for two days.  Done.]

Looking back on my last two abortions I realize that I had the perfect pregnancy trifecta: it was an illict affair, I was sleeping with other people (sperm competition) and I thought I was in love. I stayed on the pill for 15 years in total. Over the last few years, my sex drive plummeted. When we created a "menstruation" section on the site, I found myself captivated by our blogger's posts. Virgin talking about free bleeding and how her body changed over the course of each month - Ariel talking about how she was the most truthful during her period. Sore breasts, heavy periods, and ovulation pains seemed romantic. I'd forgotten all about those feelings. When you're on the pill, your body is fooled into thinking that it's pregnant so you don't get pregnant. I had been pregnant for 15 years!

I went back to the diaphragm. My sex drive went through the roof. My breasts got bigger (if someone had told my my boobs would get bigger I would have gone off the pill years ago). My body feels amazing. I'm in touch with my womanhood in a way I didn't think was possible. I love my hormones and I love losing control of my body. It just feels right.

Looking back, I would have opted for a non-hormonal IUD at the beginning of my sex life. I just wasn't ready for the diaphragm. I was having too much sex and I wasn't comfortable enough with my body to be that hands-on. I would never have gone on the pill. It numbed me out and negatively influenced my relationship choices. I should have saved up $200-300 and made my way to a clinic to be fitted for an IUD that would have lasted 5 years.

Then in my late thirties (me now) I would have opted for a diaphragm. I don't have to worry about being an opportunistic ovulator, I'm much more selective in my sex partners, and it's nice to know that I can choose motherhood without having anything removed from my uterus.  Overall, using a barrier method of birth control (condoms, diaphragm, cervical cap) is empowering.

It was a long road but sometimes you have to learn from your mistakes.  I'm hoping that this post will save you some of the soul searching and anguish I endured as a young woman. The only regret I have is that I didn't have a site like D&R when I really needed it. Sex is beautiful - we all deserve pleasure - it doesn't have to be so hard.