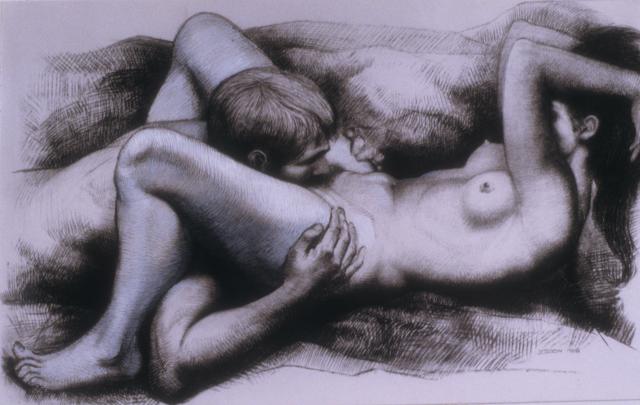 Orgasm questions to Dr. Betty arrive at a steady pace… How can I be sure I’ve had an orgasm? How can I get a bigger orgasm? Or why can’t I orgasm during sex with my partner? What does an orgasm feel like? How will I know if I’d had an orgasm?

“I have never been able to have an orgasm with anyone; either with clitoral stimulation (although I've been close) and nothing with vaginal penetration. I thought it was only a matter of trust and letting it go, but none of my partners last more than three months.”

“Dear Betty, im from latin america so i hope you understand my English, well I have 22 years old and I never felt an orgasm I faked them all time, I have masturbated but I can not get to the end, the area feels sensitive and I can't keep going, my boyfriend is amazing in bed he can keep going a lot of rounds, but I just can't get there, and when he make me oral sex is to good but i can't pass my limit so I stop him, I don't know what to do.”

From a young man: “Sometimes it feels like sex for me is a lot of work for very little reward. Especially since my partner can have 3-4 orgasms per session and all I get is about 5 seconds once, and once only, and then it's 'game over'. Please Betty, is there anything you can tell me about the male orgasm that will cheer me up??”

I'm finding more and more clinical evidence that most sexual problems for women and between couples are how we define sex. The male model of PIV sex (penis inside vagina) is the dominant image and remains in place from the past to the present day. My clients tell me their "therapists" discuss the following concepts: Learning to relax; inability to let go; intimacy issues (whatever "intimacy" means) or telling him what you like (as if any girl who has never masturbated could possibly know what she likes). None of those concepts have much to do with having an orgasm that is first and foremost physical.

How about Mom’s attitude toward baby’s genitals as she cleans up the poop and changes diapers? Non verbal touch has far more power than we realize. I subscribe to Wilhelm Reich’s theory that the body has its own memory. We are way too focused on the brain while ignoring the wisdom of our physical bodies. Both pleasure and pain memories are held in the muscles and connecting tissue of the fascia. The one healing massage system that dealt with this was Rolfing, a method of deep tissue work designed by Ida Rolf. Due to the strenuous nature of her approach, few practitioners are available today. However, more and more people honor the process of other hands-on healing modalities....except when it comes to sexual healing.

Our society is so backward we don't even have a correct name for our female sex organ; it is NOT a vagina. That's the birth canal. Unless they are born to seek sex with their own kind, most boys want to ejaculate inside a vagina— when and if they get the chance. Since this is the procreative model, both sexes are programmed to desire this activity, especially during puberty with the onslaught of powerful male and female sex hormones surging through young healthy bodies. That’s when heterosexuality becomes a series of mixed messages: She’s told to “wait for a commitment” while he’s encouraged “to get experience before marriage.” Automatically we are set up against one another. This “conflict of interest” dissolves once “love” enters the picture. However, few couples have any idea what the word “love” means! It would help if we could at least agree on the most common usage of the word refers to “romantic love” which is based on a strong sexual attraction that rarely meets our expectations of lasting “forever.”

This is where society and religion steps in, each with a code of ethics for sexual behavior. Yet neither one deals with the physical reality of “sexual pleasure,” yet they each have rules for “sexual behavior.” Religious thought promotes Abstinence Only until Marriage. Meanwhile society changes every decade or so. Today we have fewer restrictions on sexual behavior which has given rise to “Friends with Benefits.” By honoring friendship, this concept gets around romantic loves fiercely possessiveness. A much healthier dynamic once birth control is available and in place.

The remaining problem is the quality of sexual activity. Boys at least get to ejaculate but girls are mostly servicing boys. A girl’s reward is being “popular” which isn’t fair to either her or the boy. Once they pair off, he begins the exhausting project of “holding back” so she can come from his penis thrusting inside her vagina, which doesn’t happen. So she fakes a climax to reward him for his efforts, or to get him to stop. Yes, there is more sex taking place in America but the quality is pathetic.

Mentions And Related Topics
How to Orgasm with Partner