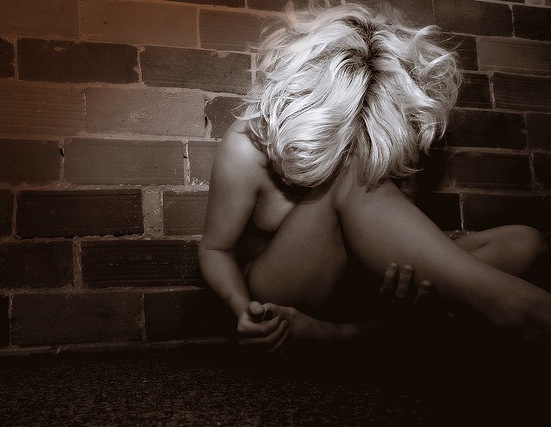 Why Vaginismus Is Not "All In Your Head" This May marks the happy anniversary of four years since vaginismus packed it’s bags and left my vagina forever.

Vaginismus is a form of sexual dysfunction where you feel a burning sensation, discomfort or pain with penetration. Obviously that would make intercourse for the female kind pretty difficult and in some cases, impossible.

The discomfort is caused by tension in the pelvic floor muscles, but the favorite cause for misled professionals, naive sex educators and laymen to site is not the body or the muscles, but your head.

I take great issue with the prevalent assumption that vaginismus is psychologically caused.

Without a doubt the biggest challenge I faced with vaginismus, was not the pain itself, but the intense cultural stigma and shame around not being ‘normal’ in my sexuality. Then to make matters worse, everywhere I turned on the web and in person, I was told over and over again that the very real physical pain I felt in my body was not a problem in my body, but a problem with my mind.

Here I was, having a distinctly physical experience of discomfort during sex, and all the world told me was that my vaginismus was psychologically caused and therefore really a disease of my mind. By this my experience of pain was invalidated. My confusion and sense of isolation was only increased. And I was told I needed to go to the loony bin for it.

I am sure my experience echoes the experiences of many women who have dealt with sexual dysfunction. Everyone who struggles with sex on a physical level encounters this bias. Instead of being asked “what’s going on for you?” and focusing on listening compassionately to women and their experiences, the culture seems set on invalidating their experience and finding a psychological root.

It’s easy to assume when you’ve never heard of something and you don’t understand it that it must not be real, or perhaps, it must necessarily have it’s root in the person’s mind. The favorite question I get asked when I tell my vaginismus story is “what happened in your childhood? Are you sure you weren’t sexually abused?”

No. I was not sexually abused, thankfully. And why did you jump to that conclusion immediately? The next time someone tells me they have a bad knee, I’m going to ask them if their parents beat their legs when they were children.

I cannot stress how unfounded AND destructive these assumptions are. First of all there is very little scientific evidence that vaginismus is psychologically caused. Causation is very difficult to prove scientifically and from what I can tell reading the current literature, psychology being the primary cause for all women with vaginismus is at BEST hypothetical.

Focusing on ’cause’ and specifically an unfounded generalized assumption of psychological cause, doesn’t help and just breeds confusion and a feeling of “what’s wrong with me?!” in the women suffering dysfunction.

I can tell you of my own experience here. I have been to sexual dysfunction hell and back again and my psyche never did anything to lift me out of there. I searched my the inner recesses of my mind for years to find the reason why I had pain during sex. Despite an honest and vulnerable inquiry into torrents of childhood memories, beliefs and experiences, nothing I ever mentally languished over brought relief.

My body was trying to talk to me and all I could focus on was telling my body it was wrong and trying to change it. What lifted me out of sexual pain, was not therapy or psychological inquiry, but was building a relationship with my body and listening to the wisdom it had all those years been trying to teach me.

Vaginismus, and all other forms of sexual dysfunction, are experiences of the BODY. They are physical sensations and experiences a person has IN their flesh and bones. I would never tell a woman who had never had an orgasm that she just needed to “let go” and that it must be a mental block that’s keeping her from orgasming. Ha! And yet that is what the majority of advice out there says. If I were to help her, I would first validate all of her experience, whatever it may be, and then put a vibrator in her hands and teach her how to use it. That is what works.

Everyone’s healing journey out of vaginismus is going to be different. For me, my healing came when I stopped trying to change myself and fully accepted my body for what it was and where it was. I came to terms with the fact that at the age of 23 I might never be able to have ‘normal’ sex again. What had been only periodic episodes of discomfort at first, had over five years worsened to the point that I was no longer having intercourse at all. I had to accept myself even if it meant no sex ever again and choose to love my body anyways.

After that moment of acceptance, a cloud lifted and I began my journey. My journey was holistic: spiritual, emotional, somatic and sexual. The primary tool I used was an intuitive tuning into body and ‘listening’ to the words it had to say to me. It told me to do lots of crazy things, I did them… and guess what! Now I’m vaginismus free. This style of healing I now recognize as somatic. I credit the wonderful Dr. Christiane Northrup as being the one who planted the idea to listen to my body in my consciousness.

Insisting a person’s sexual dysfunction is actually psychologically rooted, invalidates the person’s physical suffering and experience. It smells of rotten Freudian sexuality and reductionist mechanism, the latter which should never be applied to complex and dynamic organisms like humans. I’m a fan of some of Freud but we’ve inherited some crappy attitudes towards human sexuality from him and this is one. And reductionist mechanism? It’s the favorite way of western culture to misunderstand their bodies, disease, emotions, relationships and pretty much everything.

I won’t deny that there could be psychological aspects to vaginismus for many women. With this female negative, sex negative culture which has been bent on shaming female lust for centuries, who wouldn’t be affected?

I argue though that vaginismus, and all sexual pain, is first and foremost a condition of the body and we need to focus our attention on recognizing it as such. Then from there we can take a whole-person approach to healing.

Every person with sexual dysfunction should be the guide of their healing journey. YOU know yourself and your experience far better than anyone else. The best another person can do is guess at your experience and give you tools. Realize please that vaginismus and female sexual pain is still largely misunderstood by the majority of doctors and gynecologists. This is why YOU need to be the steward of your journey.

In my readings, conversations and study of vaginismus I have heard countless experiences of women being misdiagnosed and led down the wrong path for years by under educated and confused doctors. If you’re going to work with one you need to find one who specialized in pelvic and sexual pain.

Finally, don’t forget your own wisdom. Because I have had the experience of healing myself independent of all physicians, therapists and professionals, I am a firm believer in our innate power to heal ourselves. No matter what your journey looks like in terms of treatment and methods, you are the most important ingredient in your healing. I believe in you and your own inner wisdom.