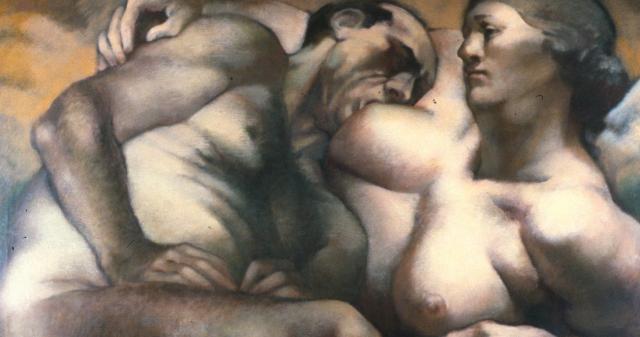 Why Do Men & Women Have Affairs? Your topic hasn't included affairs! Why do men/women have affairs? I'm in a situation where I can have an affair with a younger man (16 years my junior) I'm 46 I actually persued him because we started flirting with each other and I asked him if he was interested in starting up an affair with me. Even though we have done some oral play we haven't gone into full penetration as yet. I love my husband of 28 years but he doesn't turn me on anymore he tries but when I suggest we do something new he just raises his eyebrows.

This other guy is totally different and is well aware that I want him to be submissive more that I am. This whole affair will be fanciful in the bedroom something that we are not getting from both our partners (yes he is married) but just recently. I know it's not the right thing to do, but the desire out ways the consequences in my mind. All I can think of is the moment and how wonderful it will be, I don't know how I will feel really after the event. I have never done this before but I feel empowered by doing this. Because of our schedules we will meet up in a couple of weeks. Have you ever had an affair?

When you ask why do people have affairs is like asking why do people want to have sex with other people? The question everyone needs to ask is why do we pretend to be monogamous? It's not really viable for a large part of the population as human nature wants variety in all things including food, habitat, dress, sex, entertainment, creativity, etc.

I blame organized religions for the concept of marriage and monogamy being the only expression of love. Truth is that monogamy is primarily practice by women as we are far more sexually inhibited than many men. Next I accuse the MYTH of romantic love conquering all. Since so few of us can live that way, therefore we are all guilty of being "sinners" which makes us easier to manipulate by Religions and controlled by Governments.

During the seven years I was married, I cheated the first year to make sure I could. But the guilt was so awful, I turned to sublimation and worked in my art studio around the clock. I became a proficient painter as well as a practitioner of masturbation. Once single again, I knew I would never agree to be monogamous for any reason. So I became a committed single who went on to create a second career as a sex educator. Most folks agree that experience is our best teacher EXCEPT when it comes to sex! So on and on it goes. While I don't deny there are a handful of happily married monogamous couples, I believe if we looked more closely we would see they are not very sexual people who most likely thrive on routine.

So enjoy your new affair and do so without hurting your husband. You will love him all the more with the addition of sexual pleasure in your life. While I honor honestly as my preference, in our sexually conflicted society perhaps the concept of "Don't ask don't tell" makes the most sense.