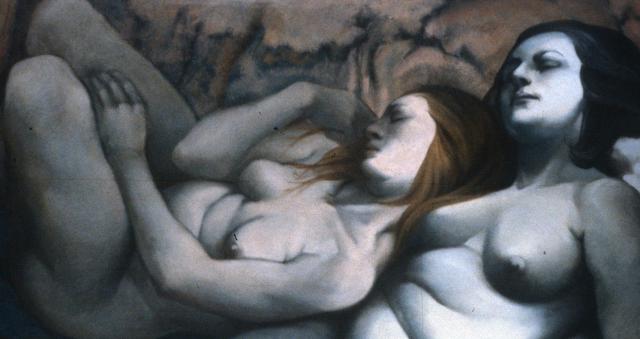 When Safety & Relaxation are Present, Sexual Arousal has a Greater Chance of Taking Hold This is unusual because, under normal circumstances, when watching a regular movie for example, regions of the brain associated with visual stimulai are active. The brain flows blood where it's needed, based on the task at hand. Watch a movie, get some blood to the visual cortex.

The study also finds a correlation between anxiety and lack of arousal. When we are anxious, and concerned about our well being, sexual arousal is quiet. Anxiety turns libido off. The interesting idea here is that from the brain's perspective, individual survival is primary, and sexual survival secondary.

This is yet another reason why safer sex discussions, general communication skills, and the ability to ask for what we want are sexy. If we feel anxiety before or during sex, it makes arousal (and orgasm) much more difficult.

The bottom line: When safety and relaxation are present, sexual arousal has a greater chance of taking hold.