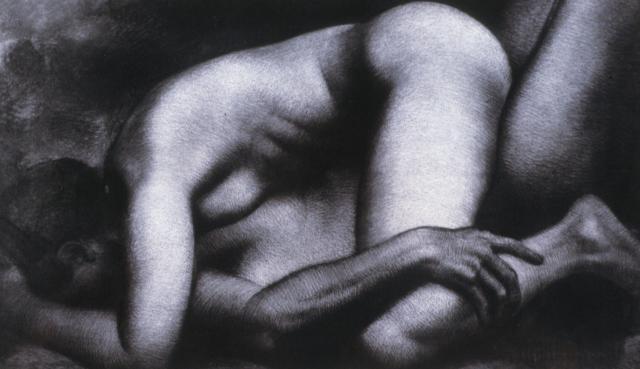 I am 22 and female-bodied, currently dating a 20 year old male. With my current partner and past male partners, I've experienced a bizarre, unpleasant sensation during vaginal intercourse any time my partner's penis hits my cervix. I wouldn't describe it as painful, but definitely not a feeling that I enjoy. I've recently discovered that this is due to an unusually retroverted uterus - my gynecologist tells me that my uterus has not only an extreme backward tilt, but also sits distinctly to the left side of my body.

I'm lucky enough to have a partner who enjoys giving oral sex, but he and I both really enjoy vaginal intercourse (with a vibrator, of course.) I've gotten very frustrated because I am supposedly unable to become pregnant in the first place and have never had the slightest desire to, so I feel that I'm being sexually limited by an organ that's completely useless to me. I don't want to spend the rest of my life having to worry both myself and my partners with avoiding deep penetration. Do you know of any treatments for this kind of problem, or perhaps sex positions that make it easier to keep the penetration shallower?

Back in my twenties a doctor told me I had an "inverted uterus" which meant tilted or something, and it would be difficult for me to get pregnant. After my first abortion at 22, I realized I was more than fertile. Just remember, even doctors don't know that much about sex. They get very little practical sex information in med school. Describing the position of a woman's uterus is like discussing the proper shape or placement of a person's ear!

To avoid the discomfort of a lover hitting my cervix, I learned to climb on top and control the depth of penetration. When a woman gets really turned on, the uterus lifts (it's called "ballooning" for some stupid reason) creating more room for deeper penetration. For a woman to be REALLY turned on, it requires much longer than several minutes of clitoral stimulation. For me it was more like thirty minutes before I was hot enough to enjoy deep penetration and take him all in!

The position that allows the deepest penetration is Doggie Style. In the side position, it's easy for the woman to control the depth and also Cowgirl with her on top. My book "Orgasms for Two" shows my drawings of sex positions for women who use vibrators during intercourse. Enjoy!