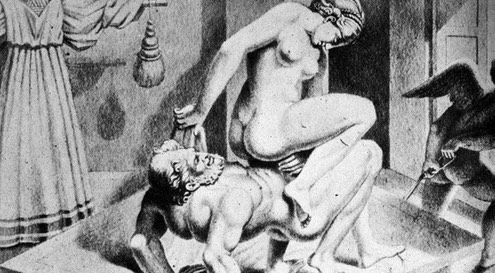 Pietro Aretino: The Originator of Euro-porn If anyone can be labeled the originator of Euro-porn, it is a 16th century journalist from Venice named Pietro Aretino. In 1527, he combined a series of very raw and explicit sonnets with 16 very explicit engravings of couples locked in various modes of acrobatic sex. 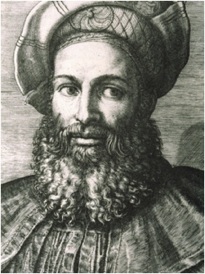 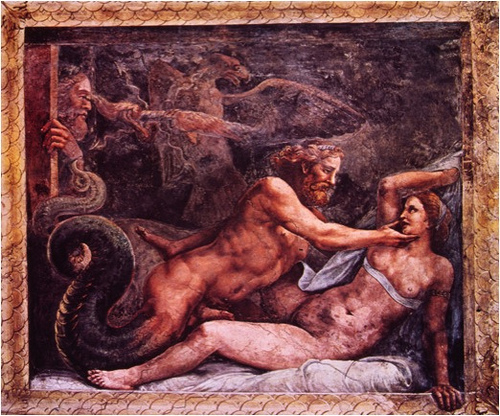 Guilio Romano did both secular and religious works, and in 1524, he was thought to have executed a series of explicit drawings or paintings of copulating couples for a very wealthy client (some experts think for someone who worked at the Vatican!) 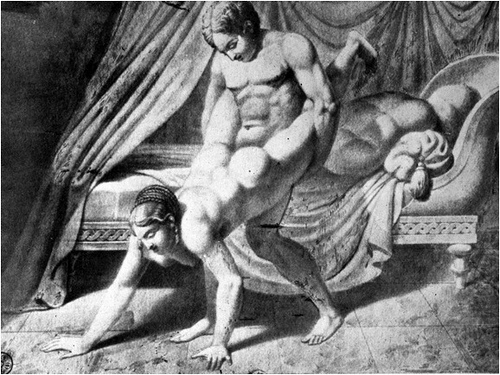 These images featured couples having sex in all sorts of acrobatic positions — standing, sitting crouching, reclining, upside down, sideways, and falling off a bed. 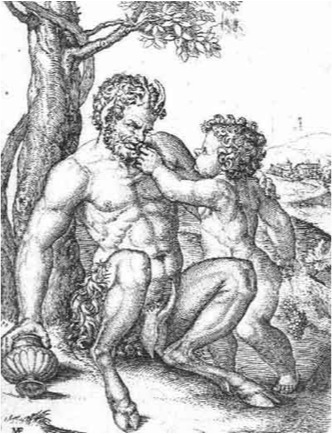 Marcantonio Raimondi, one of the foremost engravers of the time, did what any self-respecting art entrepreneur might have done. He saw Romano’s work and immediately produced engravings to sell.

The images were marketed in Rome to a burgeoning consumer culture hungry for art. But the Eternal City was also home to the Catholic Church and a Pope who was of course outraged by this kind of work. 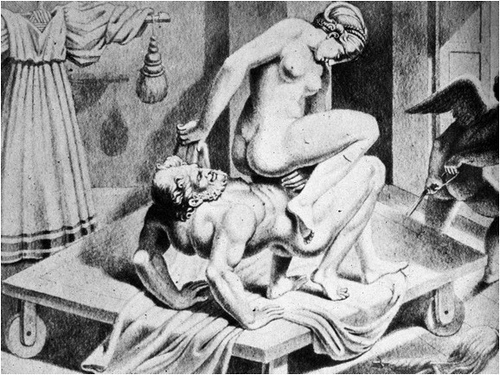 Pope Clement VII ordered all prints and copper plates destroyed and made the reprinting I Modi punishable by death. Romano, the original artist, fled Rome — but the engraver Raimondi was arrested and left to languish in the Vatican prisons.

He was eventually released, but not before the intervention of a powerful Medici and the well-connected journalist Pietro Aretino. Some experts claim Aretino wrote his explicit sonnets to accompany the engravings when he heard about Raimondo’s arrest; others, believe he wrote them after Raimondi’s release from prison. 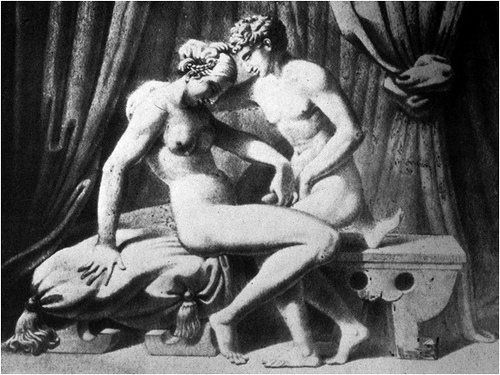 In any case, in 1527, a new version of I Modi emerged in Venice — a city that was not under the thumb of Rome and where trade and art flourished. This time, the new version of the book included both engravings and Aretino’s naughty sonnets.

The sonnets were filled with sexual banter, four letter words and about as raw as anything had been written previously or at least made public. 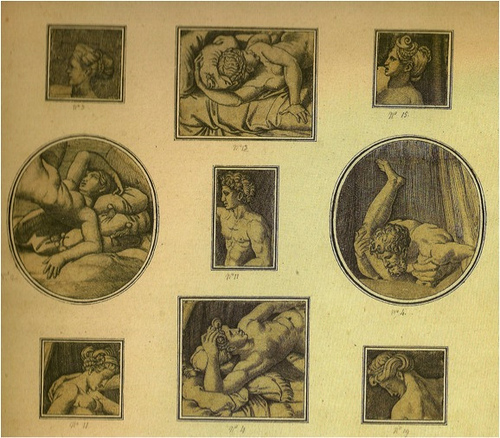 This new version however wasn’t around too long and I Modi was ordered destroyed. To date, all that have survived of these first two editions from the late 1520s are these nine tiny fragments.

Aretino’s purpose in publishing I Modi was certainly twofold: to depict real sex as explicitly as possible but also to mock the Papal court in Rome which was incredibly corrupt. Some of those identified in his sonnets for instance, are thought to have been prominent courtesans as well as noteworthy figures of the day.

Aretino proved dangerous on two counts: his incendiary material got into the hands of a broader audience and he exposed the corruption of the high-minded elite — thus establishing pornography as a vehicle for pushing boundaries and questioning authority.