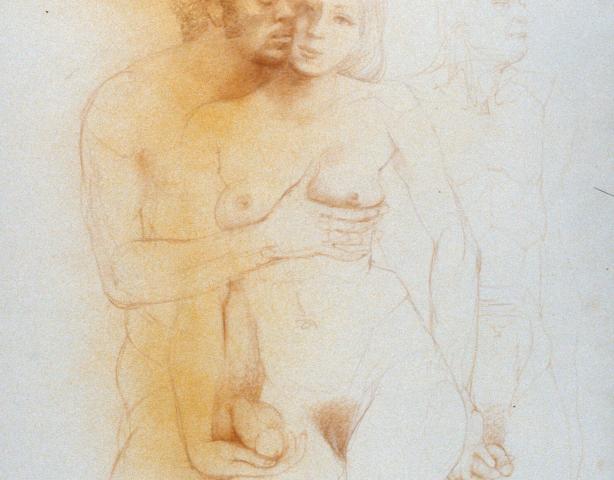 Is My Vagina Too Small?

I'm 22 and don't have a boyfriend. I've had sex with 7 people, each a few times (so I'm not very experienced). With the first, sex was great and felt good the whole time. He couldn't orgasm (that's a whole other issue) so we would have sex for hours on end. My first time with him didn't hurt at all, and neither did the times after. He was pretty average sized. After that, sex was sometimes painful, even with guys who were smaller than he was (I'm guessing that was an issue with lubrication though). However, sometimes I can tell that a man's penis will hit my cervix during sex. This happened very obviously when I was with a man who was larger than average - we couldn't even have sex properly.

We tried several times, but it became more painful each time. Since then it's just been when I'm in certain positions. The last man I was with I noticed it when we tried to have sex standing, and I think I was bent over with my hands on the bed. I had to stop him because it hurt. We didn't use any outside lubrication other than spit, so I feel like if I was aroused enough to produce enough lubrication, arousal probably wasn't the issue, but I really have no idea.

I would like to find a way to stop it from hurting though! I want to experiment with different positions, and I don't want sex to be painful! What is going on? Is there a way to fix it?

Women must learn to take control of partnersex and "Run the Fuck" is how we said it back in the seventies. The moment something is painful STOP! Always use some form of additional lube. Saliva is too thin and dries out quickly. Any time a guy penetrates from behind when you are bent over means he has full access to going in up to the hilt! Never use rear entry position unless you are with a lover you know and trust. Experimenting with positions is fine BUT not with a one night stand or some dude you don't know very well.