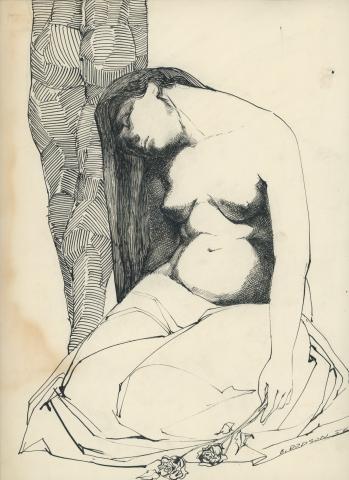 Is My Sexual Past Normal? I'm a 20yr old guy, I've never been too confident or out going, I come form mixed family, father is Catholic and mother is Jewish and I'm a complete mess. I want to hear your opinions and kind of make a confession about my sex life.

I had a long time friend who came out and was gay, he once saw me in the shower and claimed I had the largest penis ( I measure in at 18-19cm, around 7 to 8 inch, I don't know is that big?) he ever saw on a guy, so he asked me whether he could touch it and maybe suck it, I was 15 at the time, and a virgin, we where good friends so I agreed, he slept over at my place and gave me oral (it wasn't bad).

I'm 100% straight and I'm not ashamed to admit having a homosexual experience once in my life, it was a favour on my part, then another experience I had was that I was friends with a girl who was born with cerebral palsy but it became worse as she became older, this happened when I was 17 she was 19, she told me I looked good and she never had a sexual partner, so she asked me if I could have sex with her, being a young man with hormones bubbling I agreed, we met up once and we had sex, which was an interesting experience but I now feel guilty about it :( should I ? she enjoyed it.)

Another experience I had was a friend of my mothers who kept on complaining to me how lousy her life is, especially her husband.  At first I didn't know what was gong on but I understood when she called me one night when we where watching a film at home.  She was crying and told me her husband called her a whore when she asked him for some sexual attention, so she asked whether I would be interested in helping her get some pay back.  I agreed so I sneaked out and met with her, we went behind our house and she began to kiss me (I was in heaven at that time)

But my final experience was when a woman who I work with (she is 35) asked me if I would have sex with her. Being the horny bastard which I am I jumped on the opportunity during our 1 hour lunch break and invited her to my house for a quickie (knowing my parents where not at home) and we engaged in the most intense 30 mins of my life. She never spoke to me again and avoided me at work, she left her job two weeks later (I feel guilty about it because I fear that one day when I get married my wife might cheat on me, I couldn't deal with such pain)

So I hope I have not grossed you out and I want to know whether there is something wrong with me or not?

You are a sexually healthy young man with a generously sized penis. Yes, 7 to 8 inches is large. The national average is said to be 5 and a half inches. So learn to be a gentle fuck unless someone requests "rough sex." Most guys have several experiences with a guy friend at some point and girls often do the same. I consider these youthful sexual explorations to be perfectly healthy. The girl who asked you to have sex with her should not make you feel guilty either. It was what I'd call a friendly fuck that was actually requested. It's only when we force ourselves on someone that's not good. And the blow job from your mothers' friend made you feel good because she was getting even with a mean husband.

Your final concern about not being able to stand even the idea of your future wife "cheating" on you is the only sex problem you have. With all of these different scenarios I'm sorry to hear you say that your last round of guilt was based upon fearing that one day when you get married, your wife might cheat and you couldn't deal with such pain. A better attitude would be understanding from your own experience that many good and decent people have sex for many reasons in and out of marriage.