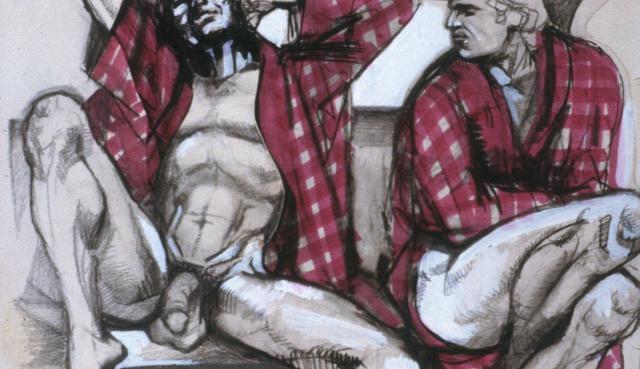 The day I chaperoned a beach trip with a friend for a group of high school graduates marked the beginning of a marvelous journey that has since led me to write a book, produce a DVD, launch a website and aspire to start a new sexual revolution.

Do we still have our penises and clits shackled in manacles handed down from our Puritan ancestors?  Why is Western sexuality so divorced from the sacred and transformative attributes prolifically documented and fundamental to Eastern sexuality? In Japan, anatomically accurate phallic statues are publicly paraded around as part of certain fertility ceremonies. Try this in the USA and chances are we’d end up in the slammer for lewd behavior. Indeed, in 1994, Dr Jocelyn Elders, the Surgeon General during the Clinton Administration, was fired for publicly advocating for more education about this fundamental aspect of human sexual behavior often disparaged as a taboo and corrupting vice.

Enter Betty Dodson, fondly considered my Sensei and I her Grasshopper, with an invitation to meet in person. I think we blew each other’s mind on our first visit- she with her eloquent candor and profound understanding of human sexuality, and I with a challenge to her precepts of female sexuality and a rebuke of Taoism’s exclusion of women from the male-dominated concept of sexual energy channeling via semen retention. And so the email floodgates opened up between us, Betty’s insightful challenges and willingness to temporarily suspend her beliefs allowed her Grasshopper to tell his side of the story.

A year later, we had a second visit at her abode over tea and tincture which further solidified our friendship and camaraderie as sex education crusaders. I am just a new kid on the block and have much to learn about how to deal with the behemoth misconceptions perjuring our sexuality and the political, social, and economic forces that vie to keep them in place.