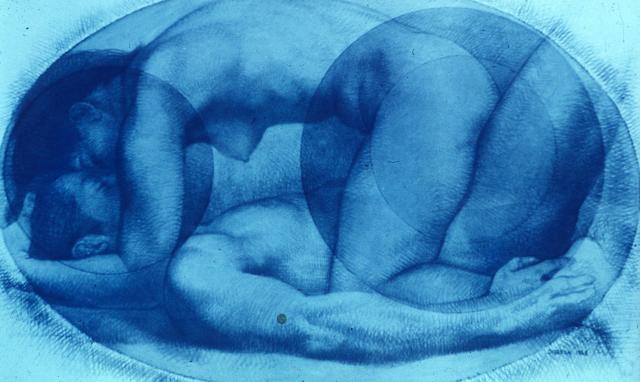 Learn to Last Longer During Sex For every smart man who has ever asked, “What do women want?” the sexual desires of each wish list will differ from woman to woman and will depend upon her age. When I was a romance junkie in my early twenties, I went along with whatever kind of sex each boyfriend did as long as he was cute, promised to only have sex with me and said he loved me.

When I got married I was more concerned with financial security and a solid relationship than sex. After I got divorced and began logging in sexual experiences with different men, I was able to name several things I enjoyed about sex. By the time I reached forty I was a sexually sophisticated woman who looked for specific qualities to indicate whether or not a man would be a good lover.

Although society doesn’t reward sexually experienced women, I still got a lot of personal satisfaction in knowing what I want when it came to sex. It’s such a pleasure to be with a man who is self-assured— confident in his ability to get an erection and to keep his erection long enough to enjoy the dance of sexual love. If he’s not a cocksman, then he has mastered oral and manual skills. He has a sensitive touch and would never hesitate to ask how I like my clitoris touched. Never in a hurry, he uses some kind of lubrication before touching my vulva. After stimulating my clitoris, he enters my vagina with slow penetration. Or he stays just at the vaginal opening teasing me until I pull him in closer, wanting him inside me. He supports my orgasm without claiming it as his own creation and totally approves when I take control of my clitoral stimulation. When I want to use a vibrator, he never feels threatened. After we share our orgasms, he enjoys spending quality time snuggling. He likes to talk about sex, explore ways to make it better, and is willing to share his fantasies with me as I share mine.

Of course I could go on and on for pages covering a multitude of non-sexual aspects that are worth their weight in gold— like intelligence, thoughtfulness, a sense of humor, affectionate and the ability to share aspects of his inner life. As for appearance, the most handsome man can quickly turn ugly because of his selfish ways and a homely man can become beautiful because of his generous spirit. With a little maturity, I was far less dedicated to a handsome face and a muscular body than I had been in my youth.

Nowadays when it comes to discussing sex, “technique” has practically become a dirty word. Women would rather speak of love and men have to act like they already know everything. A few guys have told me that when they use the word “technique” they get accused of being “too clinical.” Women have told me that when they suggest reading a specific sex book to a boyfriend, he gets defensive. Why is discussing a few sexual skills any different then talking about how to improve your golf swing? Or your three-point shot? After all, few golfers or basketball players would never have any problem spending time practicing or taking lessons for either of these two activities. There is nothing better than sharing mutually orgasmic sex with a loved one.

Let’s begin with what I consider to be the first basic requirement for a world-class lover— a man who can easily get erect. Healthy childhood masturbation is one key to an adult male getting and keeping an erection. If a young boy gets shamed or punished for this basic sexual activity, he’ll grow up with inhibitions. Some might require sex therapy to undo the damage. Getting an erection is rarely a problem for most guys when they are young and fighting off getting a woody. But as a man ages, his arteries narrow, blood thickens, and it takes a bit more time and effort to pump blood into his penis.

Learning Ejaculatory Control: It can be expected that most young men will ejaculate quickly when they first become sexually active with a partner. Men who want to make partnersex last longer make an effort to learn how to delay ejaculation by training themselves to sustain higher levels of arousal through the practice of masturbation. When I asked Grant how he learned to keep his hardon, he said besides being an avid masturbator, fear motivated him. He grew up when condoms were difficult to obtain. If you were lucky enough to get laid, holding off as long as possible and then pulling out was the major form of birth control. Coitus Interruptus is still common today. Some believe that a man’s pre-come has enough sperm to cause pregnancy and others claim this is not true. Today besides birth control, condoms also protect us from STD’s.

My protégé Eric is part of the X-generation who mostly takes condoms for granted. He explained when he first became sexually active, when condoms were nice and tight at first, they dampened his sexual sensation which helped his come control. However during intercourse after the condom stretched, the sensual feeling of her vagina along with a loose condom rubbing over his dickhead actually created additional stimulation. This combination caused him to come too quick many a time. Convinced partnersex could be better; he set out to develop what he called “come control.” Along with reading every book he could find on sex, he masturbated without any concerns about going blind.

Different Strokes for Different Folks: There are many ways to handle your penis. Some men use the palm of their hand circling the shaft and others circle the glans or head of the dick with a thumb and forefinger. A few use both hands. Experiment with different techniques. It’s a good idea to vary the rhythm and use a lighter grip. Your other hand can massage any part of your body that feels good like your testicles, nipples or anus. Pay attention to the sensations— what feels good, what feels neutral and what gets your build-up going. Conscious masturbation will allow you to get more familiar with your entire arousal process. Try to practice several times a week like an athlete working out or a musician learning to play an instrument.

The squeeze technique: If you are in a relationship, create a space where you can have privacy. While masturbating, just before feeling the surge toward ejaculation, stop and press your thumb and finger just under the rim of the glans or head of your penis and/or at the base. The semen travels through the urethral tube that runs up the underside of the penis. Squeezing this tube and relaxing will help to retard ejaculation. After chilling out a moment, you can start stroking again. Repeating this process will allow you to sustain higher levels of sexual arousal. When Masters and Johnson had couples doing this, very often men would complain that their wives squeezed to hard and it hurt. Hmmm, a little hostility coming out I’d say. Besides it’s your penis so it’s up to you to train it.

Pelvic Floor Muscles: The PC muscle or pubococcygeus is a key player in sexual pleasure. It affects a man’s ability to get hard, stay hard and have a full orgasm. This is the muscle that contracts involuntarily during ejaculation. Both women and men can locate this muscle by stopping the flow of urine. The same as women, men need to strengthen their PC muscle by consciously squeezing and releasing it during rounds of repetitions. As we grow older, weak pelvic floor muscles can result in urinary incontinence, difficulties in getting erect and weaker ejaculations with orgasm.

Most women struggle to have orgasms, so I suggest they pump the PC muscle. Men struggling to keep from coming can relax the PC muscle. However, some men claim that tightening the PC helps hold off orgasm. Some bear down a bit, which is done with the same muscular movement as forcing the stream of urine to flow faster. The next time you masturbate, observe your PC muscle during those moments that feel most pleasurable and experiment to see what works best. Use any technique that will keep you from coming quickly. Just remember that keeping the PC muscle relaxed is a constant challenge. Taking slow deep belly breaths helps to relax the muscle.