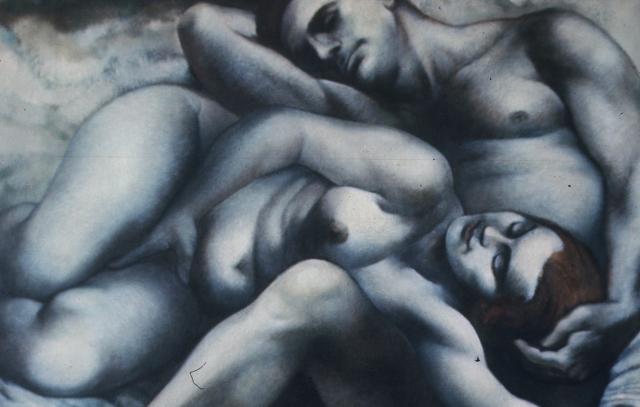 When I worked as a surrogate from 1987 to 1997, there were only 12 of us in United States. We were a small group of highly trained specialists who always practiced in conjunction with a traditional sex therapist.

Two training modalities were available; The Bay Area Surrogate Association (BASA) located in San Francisco, CA and founded by Dr. Barbara Read who was assisted by Cheryl Cohen. The other one was the International Professional Surrogate Association, (IPSA) located in Los Angeles, CA. The trainings were similar but with some differences. A few sex therapists trained women to work as surrogate partners in a specific way they thought worked best for individual clients.

The movie, "Sessions" has introduced the subject of sexual surrogate partner training to the general public. With all the media's interest in this subject, BASA was only mentioned as a support group. I would like to set the record straight: I was trained with the BASA model and presented this unique treatment approach at the most esteemed academic organizations for 10 years including the American Association of Sexuality Educators, Counselors and Therapists (AASECT) along with the Society for the Scientific Study of Sexuality (SSSS). It was during this time that I met Betty Dodson. I organized several Bodysex workshops with her in the Bay Area and we have remained friends ever since. Her current private sessions are similar to surrogate partner work except she teaches women how to have orgasms with themselves through self-stimulation.

In 1997, BASA disbanded and shortly thereafter, I moved to Sandpoint Idaho to teach Shamanic Healing Arts. Two years ago, I returned to the Bay Area to bring BASA's presence back by offering trainings based on this model which is how I was originally trained. Dr. Barbara Read has since retired due to health problems—another founding mother who risks getting lost in history which I hope to rectify.

Using the BASA method, I have worked in conjunction with many of the most renowned sex therapists available on the West Coast.

I am glad the movie came out for it has already made history by portraying full female nudity without sexy overtones or romantic manipulations. However, the movie only shows the value of surrogate partner work for a severely disabled person. The majority of surrogate partner body therapy includes clients who have numerous sexual and social problems. After months or years of verbal therapy, they can only find solutions through hands-on partner work. Disabled clients are actually quite rare and always special.

For example, one of my favorite clients was a 50 year old man who was very shy. He had never experienced sexual intimacy of any kind with a woman. Following months of verbal therapy, we spent many sessions just to identify and then for him to be able to communicate his feelings with me. I took him through the 14 step process (now, they say its 10) and then we began to practice dating. We worked together once a week while he continued to see his verbal therapist after his session with me to discuss deeper issues. Each client signed a waiver of confidentiality so that I can speak openly with the verbal therapist.

Our dates began at his house. When Bill entered therapy with me, he was 100 lbs. overweight. By the end of our time together he was nearly a normal weight for his height. He was an excellent vegetarian chef and would cook dinner for us. Then he would read his poetry. Fortunately he was an excellent writer! The next issue we faced was how to get from the kitchen to the bedroom; everything in his home was still packed in large, black plastic trash bags. I went through all of them with him to help set up a bedroom decor that suited his personality. As you can tell from this example, our work with clients is so much more than a sexuality education. I have taken most of my clients through a male rite of passage to understand themselves, their needs, wants, and desires. Then they must learn to communicate with a woman; one of the hardest skills to master! Years later, I received a wedding announcement from Bill who had gotten married.

In my original training, I was taught to take a sexual history based on the Kinsey model which always revealed secret details of the client's life that had not been discussed with the verbal therapist. How we would be working together was described in the first session, a map of their sexual education was laid out and they knew we would have a closure session where both of us talked about what we got out of the therapeutic process and what we did not get. This allowed both of us to be on a level playing field as adults being honest with each other.

During the late 1980's when the dot.com industry was booming, I lived and worked in Silicon Valley so many of my clients were computer engineers with little or no social-sexual skills. Reclusive, shy, workaholics, they never knew how to get a date much less what to do in the bedroom. They wore nice clothes, maybe a bit sloppy, drove nice cars and had money while they sat at home almost suicidal. I don't say this lightly. Women were interested in them; saw them while they were food shopping and flirted but nothing ever came of it. Nearly all of these clients would be crying in my arms in the bedroom with our clothes still on in the third session. There were no Internet dating sites then but there were singles ads in newspapers.

Towards the end of our work together, I would help them write a dating ad and counsel them, like a cheerleader, to test out their new skills. Once they felt somewhat successful, we had a closure session. It wasn't like what happened in the movie where they just stopped. These clients had overwhelming feelings that had to be taken into consideration. The movie was strictly a Hollywood short cut with unconscious behavior. No surrogate partner would ever end her training in that way! My closure sessions always included special foods and sparkling cider to toast our success. Once again, I was modeling the behavior they would need to create intimacy with a partner of their choosing.

The movie Sessions shows the trials of Mark O'Brien in his efforts to constantly move forward in his life. He's an inspiration for us all. It's unfortunate he is no longer alive to celebrate the movie with us. Although the film does not accurately portray how a sexual surrogate body therapist works, it still serves as an educational tool to introduce this important concept. One thing was made clear; an orgasmic sex life is every one's birth right!