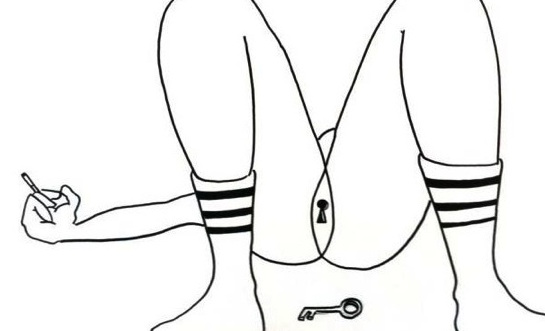 I Don’t Believe a Woman Can Cheat. Ever I was at a New Year’s party last week, speaking with a close friend. She asked me what I thought about cheating. She said she felt guilty for stepping out on her boyfriend which lead to him breaking up with her New Years Eve. She asked my opinion but of course I already knew she wouldn’t be happy with what I had to say. Neither will you.

Here’s why? Because I don’t believe a woman can cheat. Ever.

But before you go screaming for your mommy, let me explain.

Cheating harkens back to a time in our culture when women were considered property. The idea was this: your body in general and your vagina specifically, belong to me. Therefore, I also own the entire right to your sexuality.

If you then have sex with somebody else, my personal, vaginal property has been diminished in its essential value. It has become “polluted” by the sperm, sweat or energy of another. That is bad, so a woman is required to repress and monitor her sexuality at all costs.

We have retained both the ideal of ownership and the story that a vagina can be “polluted” by another human - into our modern day relationship constructs. We truly believe we have a right to own our partner’s gentials. Which we don’t. But because of these beliefs, it’s typical to blame a woman for not wanting to have sex or for her cheating.

Which leads me to the second Issue - a woman not getting fucked well by her primary partner and therefore not wanting to have sex. At some point we have to ask, is the juice even worth the squeeze. In my experience, a lot of people are having sex like 15 year olds - frozen in time and afraid to ask for what they truly want sexually. Sex without our words remains confusing and mysterious.

Which leads me to my friend. She said that she cheated on her boyfriend because there was something wrong with her. “My therapist said I have intimacy issues,” she quipped tritely.

Mid sip, I laughed eggnog out my nose.

I suggested that she probably cheated on her boyfriend because she wasn’t getting laid well at home for a long period of time. She smiled, blushed and shyly said “yes, the sex was terrible.”

Out she went, hunting for something exciting. When she was finally “found out”, she was filled with self blame and recrimination. “How could I?”

“How could you?” I responded. “Sex sucked. Your needed some good sex. Headline news because that’s never happened before.”

I could see relief fill her body. And then I told her what I’m about to tell you.

I break it down this way. Presumably I’m in a relationship with an adult. As an adult, my partner is free to do with her pussy whatever she desires. She’s a big girl. She can make her own decisions about her womb and her vagina.

If I’m not fucking her well and she needs to go out looking, it’s her prerogative to get her sexual needs met. And even if I am fucking her well, maybe she wants a different flavor of ice cream from time to time.

The bottom line is this: It’s a big world, she’s an adult, and I don’t own her. Her pussy is free and has always been free. Anything else is a just a cultural story about possession, property and pollution. And that’s a story I have no interest in playing in any longer.