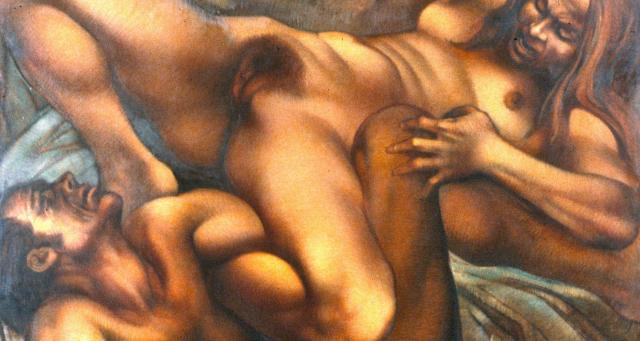 How Do I Overcome Jealousy? I'm a 30yr old female living in North America. I've been in a monogamous relationship for almost 3yrs now. We have the most amazing sexual relationship I have ever experienced and as a result we have both been able to openly discuss and explore all of our kinks and fantasies. I've never felt so sexually liberated.

For the past year or so we have been discussing sexual openness in the relationship in the form of inviting others into bed with us (threesomes, group sex, public sex in sex clubs- both male and female). He has also said that he wouldn't have a problem if I were to go out on my own and have sexual encounters with other women outside the relationship. I have very open views about sex and completely understand in my logical brain that sexual pleasure with other individuals does not necessarily equate to having romantic feelings. I experience it myself all the time when I lust for other men but have no feelings for them in the way I feel for my partner.

We have said we are fully committed to each other and plan to eventually have children together, but I understand that being with the same person for 20+ years will have its difficulties. I would like to be in a committed relationship with him and have a family, but also have the possibility for either of us to pursue non-serious relationships (sexual or not) outside of our partnership.

The only problem is that I still find myself grappling with bouts of horrible jealousy. When it's happening, I logically know that it's a toxic emotion and I have no reason to be experiencing it, but that horrible gut feeling is still there and eats away at me. I really want to be able to work through these feelings but haven't the slightest idea where to start. I can't even seem to find a pattern to them. Most women I am absolutely comfortable seeing him flirt with but others turn me into a horribly catty person. I just can't seem to work my brain through this. I'm not sure if it's something with the larger picture I can't seem to see or just simple and basic insecurities I need to deal with.

I do believe that this would be a far healthier option to traditional monogamy in the long term for us. We've been attending events in the polyamory community (we luckily reside in a large city where these communities are available to us) and have frequented public sex lounges. We're trying to slowly introduce ourselves to the way of life as it's a difficult process breaking down all the old ways of thinking that you've been bombarded with growing up.

If you could send any words of wisdom or direct me to any resources that could help me in my sexual revolution I would be forever grateful!

ps. I would also like to deeply and truly thank you for all that you have done for the liberation of sexual beings. Carlin and yourself have inspired me beyond words. Thank you.

The first problem I see is that your partner feels OK about you having sex with another women BUT how about you having sex with another man? If he's not OK with that then there's your first problem. The sexual double standard will not work in any kind of a open sex style. What's good for the goose is just as good for the gander.

As for the jealousy part, I wish I had an answer, but alas, I do not. Other than to simply sweat it out. When I was overcome by the green eyed monster I just had to let it wear off which eventually it did. When jealousy finally went away, I think it was when I reached a point of not depending so much on my significant lover. In other words, I could see myself living a full life alone or with another partner. But when couples are in the depths of romantic love and our happiness appears to depend upon this ONE person, any hot gal can become a threat.

For some men who don't seem to have the jealousy gene, I suspect that losing his lover simply means he'll get a new one. Women as a rule put more emphasis on keeping a man once we can have orgasms with him. As you know, that's NOT accomplished so easily. Whereas most guys can ejaculate nearly every time even with a new gal. (generally speaking mind you). This is why some couples experiment with an open relationship and eventually return to monogamy. Then one or both will end up with the "don't ask don't tell" system when occasionally they do slip into bed with that delicious intriguing stranger. Ain't love grand?