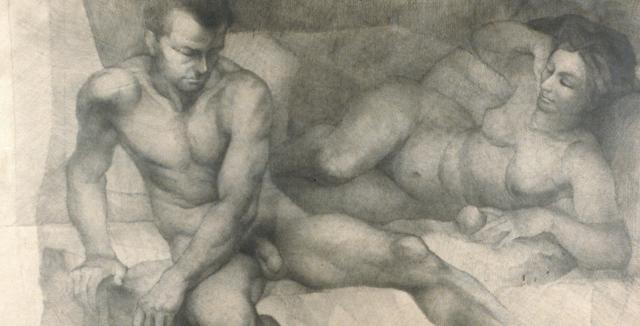 How Can I Control Myself & Not Go All the Way? Well, first off I love this site and all your and Carlin's videos. Anyway I'm a 17 year old girl (two months from 18) and you will probably find this message choppy but here it goes! Sex has always intrigued me and since like most I had a mother who never was open about sex, except to tell me how scary it was and to save myself for marriage. I have taken it upon myself to pave my own views and teach myself about it and everything related to it that I can. I am a big mastubator.. I find it's not something to be embarrassed about as it's natural and probably the first sexual thing you will ever do and I see myself as a sexual person.

Now when it comes to doing anything sexual with someone else I have only made out with a couple girl friends when I was like 14 and 15 out of curiosity. I've been fingered once by another girl which was a very unpleasant experience. When it comes to guys - which I'm very shy with - I had my first kiss with a boyfriend of five months my sophomore year which was the awkwardest thing ever and lasted about 3 seconds. Than I got a kiss-face attack by another one that same year which was awful cause I was giving out no signs that I wanted it, to the best of my understanding. Basically I have never been in a real relationship even with the guy I dated for five months all we did was hug-and not the hugging where you hold each other just a simple hug-and-release - not even hand holding!

So fast forward to now and I'm in a relationship with a guy. We started liking each other back around september and finally started dating in January so we've been together roughly 5 months. Within these five months I have held hands, been held, kissed and all that lovely couple stuff. He's been really patient with me and knows I'm shy. I'm a virgin and he knows that and I know he isn't. I'm comfortable sexually with myself but I know I'm not ready for sex or to let someone else touch my vagina and that's how I want to keep it for awhile. He says he will take things slow and I do want to take things slow.

For a while we did, but then we made out once and it got heated and I was okay with it that time cause I thought it would be just every now and then. But now every time we make out it goes further. I know this is bad but I kinda thought I could rely on him to stop things. Of course while it's happening I don't mind because I'm so absorbed in the feelings and the newness of it all and just so turned on that I want him to continue. But afterwards I berate myself that I shouldn't have let him do anything. The problem is I lose my self control when ever he starts up the kissing, licking and biting of my neck I just lose it Pfft! There goes my restraint of myself and control passes me by like a cloud. I feel this relationship will slowly turn to only a physical one if I don't gain control of myself with him. Another thing bothering me is that I recently told him I had been fingered just that once and made out with a couple girls! And now from the way he talks it doesn't matter what we do.

So lately when we hang out I've been making sure it's in public places where nothing could happen but that's only a temporary fix. Don't read me wrong, I don't mind that we mess around I simply don't want it to be something we HAVE to do all the time and the fact that he takes it further each time. Which he can't be blamed for cause I never say no cause I'm too absorbed in it all. I just wish for advice on what you would recommend I could do to better control myself from letting things happen and what I could possibly say to him so he'll understand all of this. Thank you for any advice on this!

It seems that since we are the ones who can get pregnant if a guy comes inside our vagina's, we are assigned the job of saying "no" or stopping the action when it goes "too far." It quite a dilemma for all young girls. Especially when we get turned on too and love all the hot sexual feelings. A girl can never rely on a guy to stop the action. They are hard wired to get that erect penis inside us thanks to Mother Nature's drive to procreate. So what to do?

First off, this requires a discussion between you and your BF before you are in the throes of sexual passion. It's a shame not to be able to enjoy kissing, hugging and by the time I was your age, genital petting. Or what today is known as manual sex. It's still one of my favorites when done with sensitivity using wet fingers. You both need to verbally agree that you don't want to do penis/vagina sex until later on. That's when you have birth control in place and he's learned come control from masturbation. Of course what I just described is an ideal that's difficult to achieve.

Most first time sex between novices is awful. Penetration hurts the girl and he comes too fast. Both are embarrassed and somewhat ashamed. Then the girl has the added fear of a possible unwanted pregnancy. Bummer! I didn't "go all the way" until I was 20 after I'd moved to NYC. My sex life is detailed in my sexual memoir.

I grew up in Wichita where our main privacy for "making out" took place in a car parked in a wheat field somewhere. When by BF would pull up in front of my house, after 15 or 20 minutes, Mother started blinking the porch light to signal it was time for me to come in. Oh how I hated it. But I think it saved me more than once as we would be on the verge of "putting it in" not all the way, just the tip. There is no easy answer to this except teen masturbation is a must in order to wait for what we think at the time is the "real thing." But that's not true.

You are very bright and articulate. Keep the dialogue going with your new boyfriend so you can reach a mutual agreement. Just remember, it will always be up to you to draw the line as to how far you go sexually.