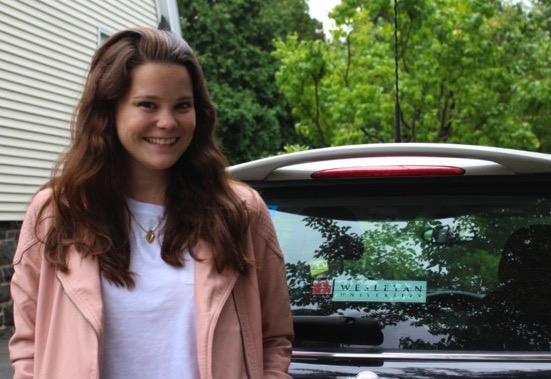 This week we had two major first-person-sharing moments by women with major clits.  Their goal was to remove the stigma and end the shame surrounding two of the most controversial things any woman can admit to - contracting herpes and getting an abortion.

Ella Dawson made waves by announcing publicly, on her blog, that she has genital herpes.  She's the ultimate girl-next-door, super cute and super young, things we don't equate with STDs.  I applaud her courage - she didn't hide behind a pseudonym and fake pic.

Here's a story she shared about "coming out". She was at a party when a young man offered her a sip of his drink adding, "don't worry I don't have herpes". Her reply is perfection:

"That’s funny," I said, with as warm a smile as I could manage. "Yeah, that’s really funny. Because I have genital herpes." His face crumbled. Not because I grossed him out — I could practically see the wheels turning in his brain as he realized he’d made an ignorant joke at someone else’s expense. The guy started apologizing profusely. I had seen in the flesh what a simple 'I have herpes' could do when said fearlessly, without shame. "Because when a real person — a woman you know and respect — casually mentions having herpes, it stops being a punchline and starts being someone's reality.”

For the record, I dated someone for several years who had herpes.  I never contracted it and it wasn't a deal breaker.  If they had a cold sore on their mouth, would you walk?  What's the difference if it's on their genitals?

This week Draw the Line, a campaign which uses storytelling to counter the negative narratives about abortion, released Jemima's video where she shared her abortion story. She was in college, broke, and had to forego anesthesia because she didn't have the money:

“We do have free choice and we are able to do what we want, but then there are these hoops we have to jump through to get [abortions], obstacles and stigma that make abortion not entirely accessible."

Just like me, Jemima had an abortion and went on to become a mother (she has three children).  However, I was lucky enough to have the money to afford anesthesia. There wasn't a direct risk to her life but her story reminded me of Betty's kitchen table abortion where she had no pain medication and just bit on a towel.

This sort of honesty is infectious.  *fingerscrossed* hoping that more of us come forward and admit our deepest, darkest secrets BECAUSE IT'S NOT A BIG FUCKING DEAL.