For example, the myth of Hermaphroditis and Salmacis — a story that involves a sexually aggressive woman overpowering a young man — provided an excellent excuse to depict female sexuality in a predatory context.

Hermaphroditis and Salmacis by Bartholomeus Spranger 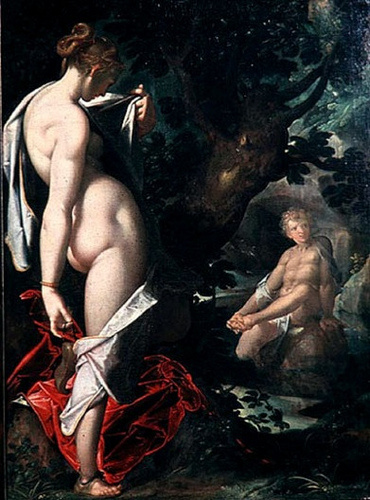 This 1585 version of the Hermaphroditis and Salmacis myth has a definite voyeuristic element to it. 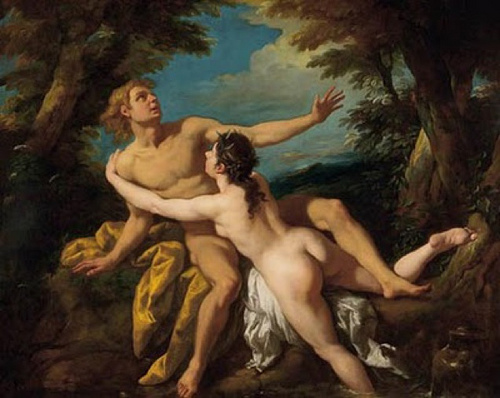 As does this one from a bit later (1679) as it, too, plays with this concept of the “female rapist.”

So under the sanction of ancient textual sources, much art produced during the Renaissance was overtly sexual.

In many ways, the triumvirate of Venus, Cupid and Mars became the pagan counterparts to the Virgin, Christ Child and Joseph.

Venus and Mars by Botticelli

One very popular Renaissance theme was the triangulated interaction of Venus, Mars and Vulcan. Roman mythology had Venus married or at least attached, unhappily, to Vulcan, the god of fire.

She was forever ditching him and having affairs — especially for the sexier warrior god, Mars.

There are many paintings depicting their intense sexual energy although this one by Botticelli from 1483 is one of the more understated versions. 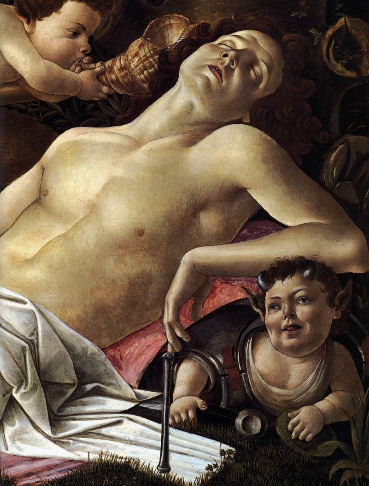 The baby satyrs behind him seem to be having a grand time trying to rouse him from his post coital haze.

Venus and Mars by Tintoretto

Those familiar with the Venus and Mars myth would have known that she frequently cheated on her husband and so this painting by Tintoretto from 1545 is an especially funny example.

A very suspicious Vulcan inspects the bed sheets for evidence while Mars, who has been alerted to Vulcan’s approach (by the reflection on his shield which acts like a mirror) hides under a table — hoping that the yapping little dog isn’t going to give him away.

Venus and Mars Engraving by Caracci 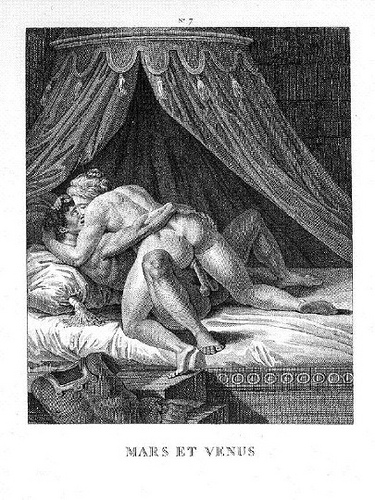 As use of the printing press expanded and the written word merged with images to create the first pornography, classical themes became even more explicit.