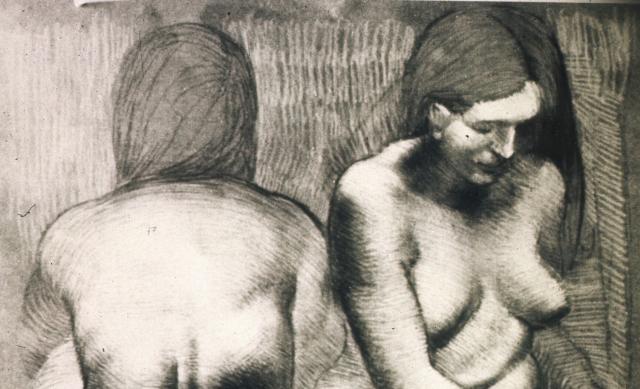 My 11.5 year old daughter told me over breakfast this morning that one of her best friend has started throwing her lunches away to make themselves thin... and so it begins.

I promptly emailed the school and suggested that social and personal studies on Fridays needs to cover eating disorders. I have no idea if that will help but at least it will plant the seed of understanding about these behaviors and their long-term consequences in the girls minds.

Carlin wrote this week about Rhianna's Dad calling her fat and coincidentally, in my experience, all the women I've known with eating disorders had father's who had very high expectations and were heavily critical of their daughter's when they failed to meet them. I'm not claiming that as a universal truth but it is a link I have seen personally. My daughter's best friend has a father who pushes his daughter to the limit to be "his perfect little princess".

Of all the girls in the group she has to lie to her parents the most. They have no idea she's already kissed a boy with tongues many times or that she has smoked or on the other hand that she has stopped eating her lunches so she can have the perfect ballerina** physique her father is so proud of. This image of perfection they're demanding of her is slowly killing her internal sources of self esteem and forcing it to be externalized in her father's expectations. Inside she knows she is not the perfect image he has of her but she is terrified that her father won't love her if she does not live up to his expectations. So, she rebels against it in secret and then over-compensates filling his "good girl ballerina" facade at the expense of her own choices about who she wants to be.

A lot of folks criticize the sentiment of being a friend to your child, and to try and be a peer is absurd, but there has to be an element of friendship in parenting to this stretch from child to adult (12 to 18), or at least ensure there is a friendly adult in their life they can talk too. The boundaries of childhood need to be readjusted and based more upon a reasoned discussion, a collaborative understanding rather than arbitrary rules and punishment. A parent must not live vicariously through our often delusional hopes that our children would be exceptional prodigies if only we pushed them HARD enough.

It's important to cultivate opportunities for them and encourage them to show commitment to their goals but not to set their goals and force their commitment upon them. I loath the way parents cry shame upon themselves when there child isn't what they wanted it to be as an adult. What gave you the right to dictate their future? You do not own this person. The only hope you should have is that they will gladly share their own adult journey with you. Our feelings of propriety and control over our children, misguided in the first place really, need to relinquish still further slowly over adolescence. They do for boys but often not as easily for girls, if at all in some cases. Ultimately, I feel this plays a large part in self esteem development and in the general perception in our culture that women are public property to be protected and controlled from their own autonomous desires and ambitions.

Interestingly I get told by some people I am too hard on my daughter. I have never indulged fussy eating for example. If you don't eat what I put in front of you you don't get fed. Others still tell me I am too soft, as I allow my child to dress as she likes (from the clothes I buy her so there is still an appropriate boundary), wear make-up if she likes and color her hair if she likes. It is her body and I am teaching her dominion over it but also discussing the external reactions to dress and appearance and what to expect. I think this is an important part of instilling in future women a sense of autonomy over their bodies.

It is all too easy as a parent of teen girl to start using concern manipulatively, to start exerting control with shaming their bodies, their dress, their words, their choices because of "the scary world out there". You need to look your best and most appealing to be accepted and be a very good chaste girl to be safe and still adored by your father.

Hmmm... I'm rambling due to ruminating as I write rather than beforehand. I'd be very interested in people's feed back.

**I suspect we all know ballet and anorexia go hand in hand due to the abhorrent demands of weight loss in the industry as in fashion modeling, not to mention it is a dance that seeks to hide the massive leg strength of the female in a facade of 'daintiness', 'fragility' and 'grace')