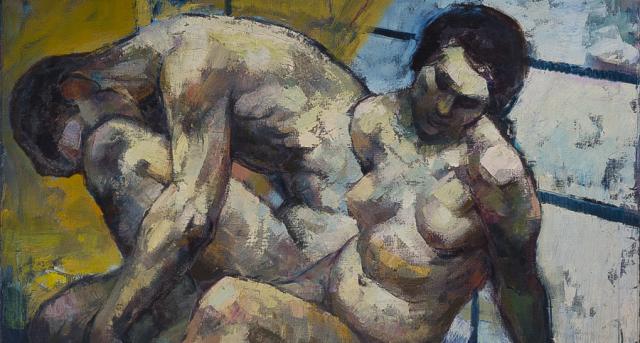 Are Women That Different From Men Sexually? There are many articles to be found on the Internet, which explain the differences between men and woman when it comes to sexuality. Men are like this, while women are like this... to turn on a man you must do THIS, to turn on a woman you must do THIS... But are (we) women really THAT "different" from men? Our genitials "work" in the same ways, don't they? And we have also sexual desire? And we may orgasm as fast as men (if that's even a point!), if done RIGHT. Or?

I found this scientific "sum up" (link) online, and I really love the conclusion here: It is better to try to understand a particular partner as an individual rather than using preconceptions or stereotypes based on gender.

Anyway, would love to quote you in an article about this.

Nice to hear from you again. When it comes to differences in sexual behavior between women and men, I've gone through different phases on how I've thought about this.

Today I believe women are far more sexual than men. Once liberated from stereotypes and false modesty, we are capable of enjoying more orgasms with multiple partners once we take control of the kind of sex that works for us which would be more focused on the clitoris rather than vaginal penetration. Currently I'm teaching vaginal penetration with clitoral stimulation all at the same time.

Unfortunately far too many are denied a decent sex education and explicit sex information especially when it comes to pleasure. So we rely on a male model of sexual response that just doesn't work for women. The procreative model requires the male to ejaculate inside a vagina which is their preferred kind of sex and it's also promoted by society because it's procreation. Despite Dr. Freud's theory, most women do not orgasm from vaginal penetration so without any end pleasure, seeking sex for us is often a waste of time when masturbation usually produces an orgasm. When a woman has been severely repressed, as most are, fucking is more about power rather than pleasure.

So I'd say that due to our socialization to be sexually faithful and society's acceptance that male sexuality is more urgent is about conditioning and does not reflect sex accurately. Men either fear or worship women who are sexually sophisticated and fully expressed. Contemporary society cannot abide a fully expressed woman so we are labeled sluts or whores. Most of our attitudes about female sexuality are based upon men's fear of losing control which will eventually happen once women claim their rights to be fully sexual beyond making babies.